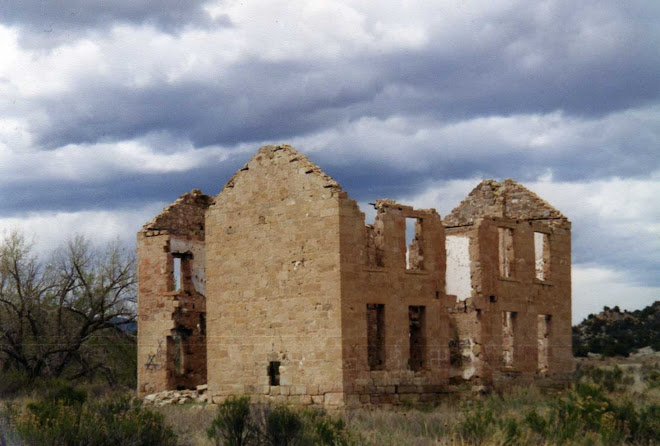 1921 Flood - When the Schaeffer Dam Broke

As the swollen Beaver Creek emptied into the Arkansas River, Pueblo braced for the flood, where damage was much greater than on Beaver Creek. No loss of life was reported on Beaver Creek because the residents heeded the earlier warnings. Most of the farms and ranches had been destroyed and were not rebuilt or reoccupied for decades. A Diversion Dam was later rebuilt by the Beaver Park water company and is still used by the town of Penrose for its irrigation and drinking water.
Posted by Sherry Johns at 4:05 PM

The Early History of Penrose

The early history of Penrose began on the banks of Beaver Creek, east of present-day Penrose. In the early 1860’s, pioneers from Iowa settled along Beaver Creek with its lush grass, plentiful game, and wild fruit. The Callen family established a cattle ranch, while John Mc Clure built the Glendale House / Stagecoach Inn. This was a popular restaurant and hotel. Mail riders delivered and picked up mail, acquired fresh mounts, then continued south along the creek to the settlements of Toof, Juniper, and Woodruff. The stagecoach route handled passengers from Colorado Springs and Pueblo. Contrary to some tales, the Pony Express did not operate in Fremont County, although the mail was delivered on horseback.

Vegetable gardens flourished and the farmers made a lucrative trade hauling their produce up to the mining towns such as Alma, Fairplay, and Buckskin Joe. By 1910, the Census showed over 200 people living in Glendale, with almost 150 people living on lower Beaver Creek. Both settlements had a school, which also served as a church, cemeteries (both of which still exist), and Post Offices. Many ranched were established with over two-dozen cattle brands registered along Beaver Creek. Land patents of 40 acres or more, were granted to returning Civil War veterans, such as Lafayette Coffman who settled down with Mary Ellen Callen. Margaret Baldridge also lived on Beaver Creek, homesteading and ranching, which was unusual for the times. She even had her own cattle brand.

By the early 1900’s, the Beaver Creek area caught the eye of Spencer Penrose. He was a businessman in Colorado Springs, with a knack for making money. His fortune had been made from Cripple Creek gold and he decided there was money to be made in Beaver Creek water. He organized the “Beaver Land and Irrigation Company” and began buying water rights along the creek. By 1907, his company began building the Schaeffer Dam and Lake Mc Neil, which were west of present-day Highway 115. The project took over two years to complete and was a massive earth-moving enterprise. The monthly reports from the Schaeffer Dam Project, 1907 – 1909, are available for check-out in the Penrose Community Library

Penrose’s dream included the 722-acre platted town site of Fremont, at the same location of present Penrose. It was to be alcohol free, which is interesting because Spencer Penrose kept bootleg liquor in his private cellar during Prohibition. However, his grand ideas about the town and surrounding are never materialized. His original plans included three reservoirs west of Penrose, a railroad spur to transport produce and passengers, and an abundance of productive farms. The 1909 City Directory shows a full-page ad touting the town-site as well as a horticulturist whose services were available to “resident and non-resident owners to have their lands planted and cultivated under his direction, at cost”. Numerous irrigation ditches were dug and fruit orchards were planted. Local farmers grew melons, beets, tomatoes, string beans, spinach, squash, peas, and pumpkins.

In 1909, “Beaver, Land and Irrigation Company” built a railroad, named the “Beaver, Penrose, and Northern”. A spur was built from the cannery, southeast of present-day Apple Shed, and this 6 ½ mile line snaked through southeast Penrose and connected with the Denver and Rio Grande line that ran along the Arkansas River. “Beaver Station” was built north of downtown, while another station was established at the confluence of Beaver Creek and the Arkansas River, south of present-day Highway 120. The new railroad consisted of one locomotive engine and one passenger car. Additional cars were leased as needed. Residents of Penrose could now easily travel to Canon City and Pueblo. Produce was shipped as far away as Denver. “The Beaver, Penrose, and Northern” steadily lost money and in 1919, the line was abandoned. The tracks were torn up and used elsewhere, and neither station remains standing

In addition, Penrose and one of his partners, Charles McNeil, built a hotel that served as their business headquarters. The Pen-Mac hotel contained offices, a restaurant and housed a newspaper, the “Penrose Pioneer”, later named the “Penrose Press.” The upstairs contained apartments and “sleeping rooms. The Pen-Mac Hotel is still standing in downtown Penrose. In 1909, the Post Office had moved from Glendale on Beaver Creek, to the thriving downtown area.
The Penrose Mercantile, a pharmacy, lumber mill, and other businesses dotted Broadway Street in the early days. The Kirkwood Memorial Presbyterian Church was built in 1908, but was partially destroyed by a windstorm. It was rebuilt and dedicated in May 1909. It still stands on 5th Avenue. The citizens were grateful for the economic boost given by Penrose and proposed the Post Office now be called Penrose. The Beaver Park area became known as Penrose, even though the town was never incorporated.

The Penrose School District was established in 1908. In 1911, Glendale consolidated with Penrose and in 1916 the original Penrose School was built. Miss Louch was the first teacher in the original school and earned $50 a month. Her desk was a large wooden box with a nail keg for a chair, which she padded with the Montgomery Ward catalog. The first graduating class in 1918 consisted of five young ladies. Over the years, several additions were built and in 1959, Penrose School was consolidated with Fremont RE-2 School District. The Class of 1960 was the last graduating class and the alumni continue to hold yearly reunions. In 2005, a new addition was built which houses grades K – 5. The old original Penrose School is no longer used but is still standing at 100 Illinois Street.

Heavy rains fell in early June of 1921,and by June 4rd, cracks were appearing in the Schaeffer Dam. An urgent message was sent via horseback to all the settlers along Beaver Creek. Everyone heeded the call and took their livestock and as many household goods as possible to higher ground. On the morning of the 5th, the dam gave way and torrents of water raced downstream. The floodwaters continued from Beaver Creek down the Arkansas River all the way to Pueblo, where horrible flooding occurred. The fertile topsoil was washed away and most families did not return to the homesteads. No lives were lost and all the livestock were safe, but this was the end of the thriving settlements along Beaver Creek.

In 1916, Spencer Penrose bought a run-down hotel south of Colorado Springs, which became known as the Broadmoor. By this time, his business ventures in Penrose were not flourishing as he had hoped: the railroad lost money, the town lots did not sell, Schaeffer Dam was gone and the Broadmoor was much more alluring and lucrative. Spencer Penrose was a man who liked making money and being successful. Neither happened in the Beaver Park area and he considered it a failure. Indeed, there is little mention of the town that bears his name, Penrose, in his biographies and obituaries.

At present, Penrose is a rural town of about 6000 residents, and remains unincorporated. Brush Hollow Reservoir provides water and recreation, the new school addition is a source of pride and most residents enjoy incomparable views of Pikes Peak and the surrounding mountains. The old settlements along Beaver Creek have been reduced to rubble and are on private property. Lower Beaver Cemetery is accessible to the public off Highway 120, while Middle Beaver Cemetery is inaccessible. The old Glendale Stage Stop or Mc Clure House can be seen from the top of east 5th Street, but it is also on private land. The Pen-Mac Hotel proudly stands on Broadway Street in Penrose, while the Kirkwood Church quietly presides over the community. Penrose Community Library plans to include a Local History corner in its new building and the Penrose Chamber of Commerce is sponsoring a “Centennial Celebration” in conjunction with the annual Apple Day in October 2009.

I am currently researching and writing a book about the early history of Penrose. If you have Penrose history you would like to share with me, I would like to hear from you. Historian Barbara Tuchman defines history as “simply a good story” and I’m convinced there are many good stories about the history of Penrose. Everyone needs to know their heritage in order to appreciate their own place in history. Please contact me @ 719-372-9675. 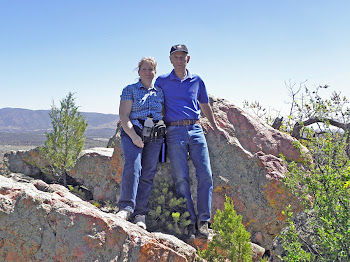